Pharmacy in the Blood

Not everyone wants to follow in Mum’s footsteps. Then there’s Emma Freebairn. For Emma, commencing a career in pharmacy followed the same path as Mum—the same uni, same college and same degree.

Emma spent quite a bit of time in her Mum’s pharmacy during childhood. It was one block from her primary school in Cowra, and she would spend afternoons playing downstairs or her Mum would give her odd jobs to do to earn some pocket money. Emma believes that this early exposure played a big part in her career path into Pharmacy.

Let me introduce you to Emma’s Mum. A petite, capable and friendly young girl, just 16 years old, her name was Janet Freebairn. She wanted to be a vet, but due to her size her father encouraged her to follow another path, which led her to choose Pharmacy. Janet wanted to help people. She worked very hard to forge a path in a male dominated industry. Despite all the challenges that this presented, this independent young lady stuck with her choice and not only attained her qualifications to become a Pharmacist, but also to own her own business in Cowra.

So, fresh out of university in the mid-1960s, she worked as a locum all around the state, then after her marriage, she settled into her role in the local pharmacy. About this time, her employer was due for retirement, which presented her with the opportunity to buy Kritsch’s Pharmacy. This venture obviously made complete sense to both Janet and her husband, because even with a small family to raise, they bought the pharmacy, and Janet thrived on her ability to aid the Cowra community in health and wellbeing.

Early History in a Cowra Pharmacy

Here’s a bit of interesting trivia: Did you know that early in the 20th century, pharmacists were often opticians?[i] When Emma recently took a trip back to her mother’s pharmacy in Cowra, she found a wealth of history stored neatly in a very old cellar, off the lower level storeroom. Very old treasures, including equipment, old bottles, books, raw ingredients and Prescription Record Books saw the light of day for the first time in decades—you may have noticed the fascinating bottle collection in the Inverell Campbell & Freebairn Pharmacy, complete with old hand-written labels. Also, down in the old cellar was an ophthalmoscope, lots of different books about eyes, vision, sight, plus little kits of prescription glass to pop in frames. Emma discovered that Mr Kritsch, who owned the Pharmacy before Janet, practiced as an ophthalmologist as well as a pharmacist.

Imagine Emma’s excitement as she turned pages in 100-year-old documents—meticulously recorded pharmacy records, all hand-written in Latin, including the patient name, date, the prescribed medication and directions. She even found her Granny’s prescription from 1943. 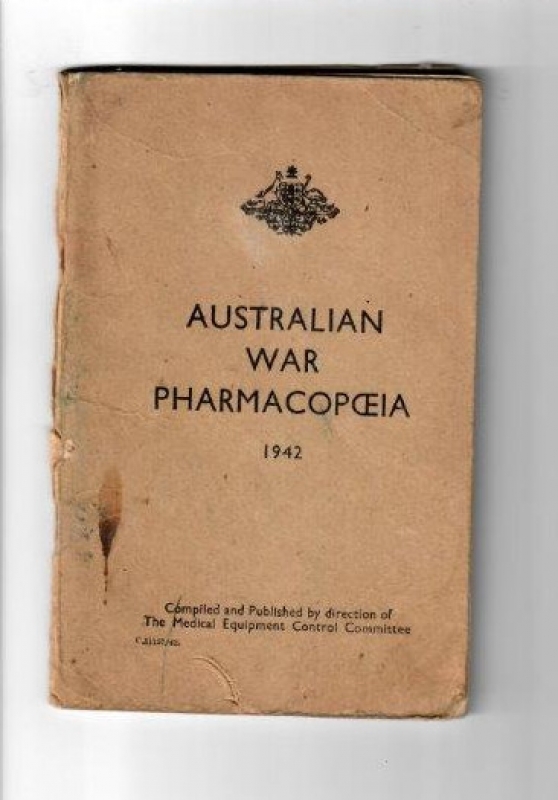 The pictures included with this article are taken from another treasure, known as the Australian War Pharmacopoeia, dated 1942. This book gave strict guidelines for dispensing of drugs: “The selection of medicines included is wide enough in range to cover ordinary therapeutic requirements, but non-essential drugs have been eliminated, while those in short supply, and others more urgently needed in different phases of the national war effort, have been limited as far as possible or replaced by alternative drugs.”[ii]

We have chosen four, more well-known drugs listed in the book, to provide you some new trivia with which to impress your friends! 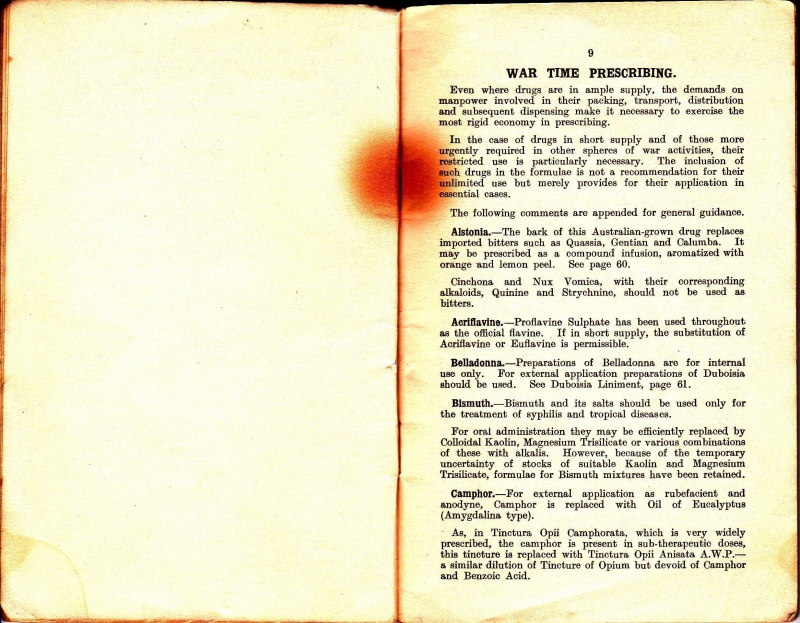 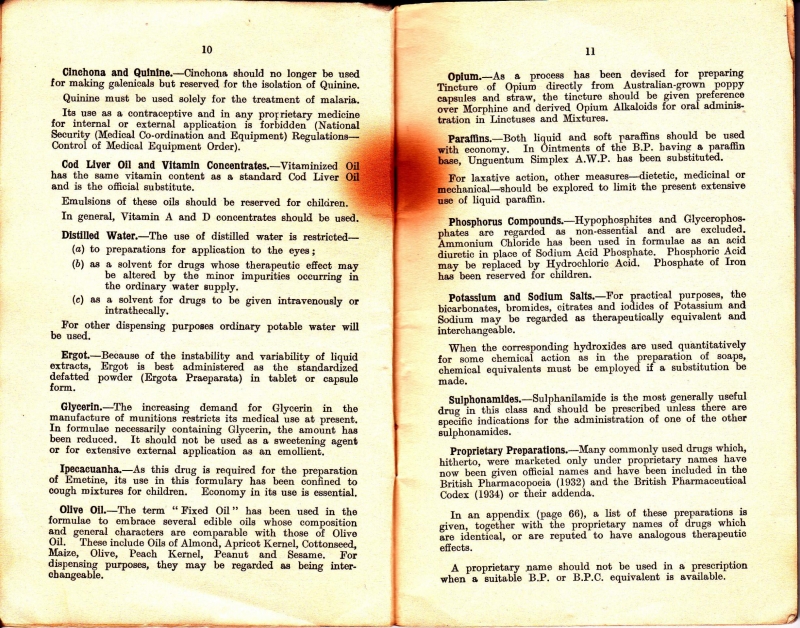 A little more about Janet

Mrs Janet Freebairn, Bachelor of Pharmacy MPS, enjoyed a long and successful career in Pharmacy. In 1988, she amalgamated with Doug Heilman, moving up the street to establish Freebairn and Heilman Pharmacy, Cowra. Janet retained ownership of the old building, which housed LJ Hooker after this.

Today, Emma says that her early exposure to the health industry, as she watched her Mum work with people and help them, nurtured her love for Pharmacy. She was always interested in health-related things and knew she would work in an Allied Health field. Emma loves her customers. She is here to chat with people, help them and guide in health outcomes. “It’s not so much only helping someone who comes in with a medical problem, it’s also about doing preventative work and getting in early.”

A Pharmacy Here to Help You

This long history of being there for customers remains a strong driving force today. Campbell and Freebairn in Inverell aims to provide their customers with preventative health treatments, not just relief when you feel awful. If we can help you with a persistent problem, give us a call today.