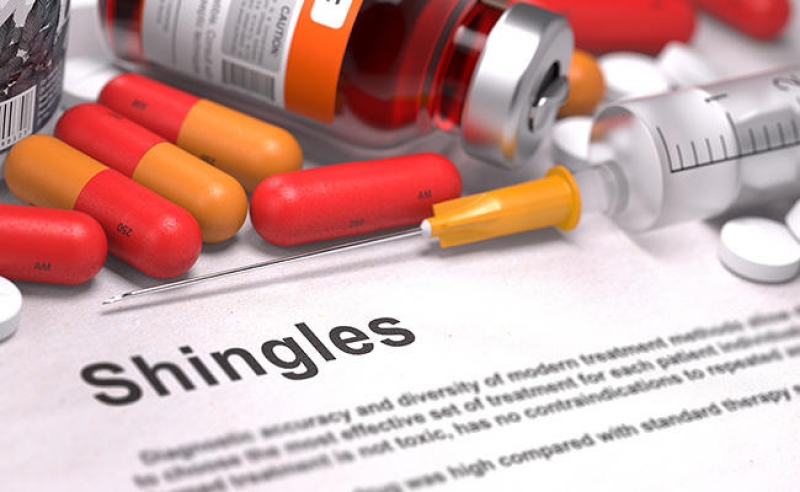 Shingles is a viral infection caused by the same virus that causes chickenpox (varicella-zoster virus). Shingles can only develop in a person who has already had chickenpox (varicella). After an episode of chickenpox, the virus does not completely clear, and some particles lie dormant in nerve roots near the spinal cord. They cause no harm, or signs and symptoms, but can re-activate later to cause shingles (herpes zoster).

The majority of the Australian population is at risk of developing shingles, as over 97% of Australian adults over 30 years of age are exposed to the chickenpox virus. Approximately 150,000 new cases of shingles occur every year in the general population in Australia. It is estimated that by the age of 85 years, about 50% of people will develop shingles.

Shingles may occur at any age, but is more common in people over 50 years of age. Fortunately, most people only have shingles once.

If the varicella-zoster virus reactivates, it travels along the nerve to the skin to cause shingles. Symptoms are commonly pain and a rash. The pain is localised, and can range from mild to severe. The pain may be a constant dull, burning or gnawing pain, or sharp and stabbing pain that comes and goes. The rash typically appears two to three days after the pain begins.

The shingles rash can look like chickenpox, but only appears on the area of skin supplied by the affected nerve. New blisters may appear for up to a week and the soft tissues under and around the rash may become swollen due to inflammation caused by the virus. Some people, most often children, have no pain, whereas other people occasionally have pain with no rash. Shingles generally affects only one nerve, on one side of the body.

No one knows exactly why the chickenpox virus reactivates to cause shingles. Factors that may play a role include increasing age, conditions or medicines that weaken the immune system, and stress or illness.

Shingles can also cause a condition called post-herpetic neuralgia, in which the affected area of skin stays painful after the shingles rash has cleared. This problem is uncommon in people under 50 years of age, but the risk increases with age. Shingles can also cause other problems, e.g. shingles of the eye has the potential to damage eyesight.

Creams, lotions, gels and wound dressings can help to relieve the pain and protect the affected area. Once the rash has healed, capsaicin cream or lignocaine gel may also help to relieve post herpetic neuralgia.

If you think you may be developing signs and symptoms of shingles, visit your doctor as soon as possible (within 72 hours of the onset of the rash), and your pharmacist to discuss treatment options.

Come in and speak to the wonderful staff at Campbell & Freebairn. We are only too happy to help.